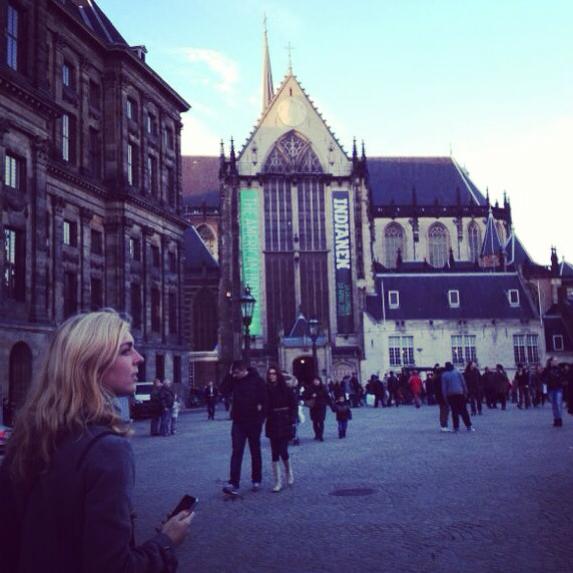 After 2 years, I finally went back to Holland to pay a visit to my family 🙂 I had such a good time! I had missed everyone so much, and it felt great to see them again. I was there for 2 weeks, so we got to celebrate both christmas and newyears together. 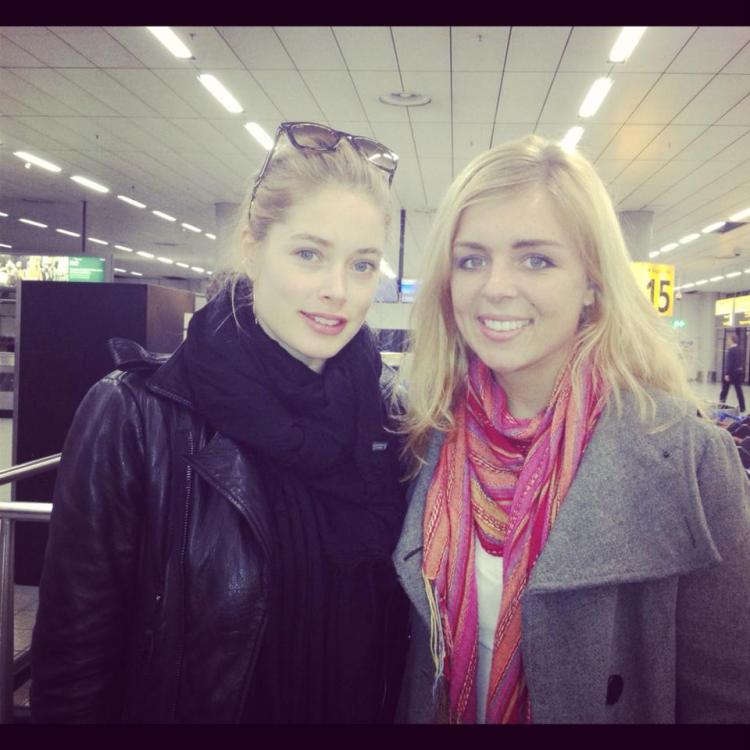 When I arrived in Holland I saw Doutzen Kroes! The Dutch Victoria Secret model!! I wasn’t gonna take a picture at first.. I mean.. I had been traveling for 18 hours.. Not the best time to take a picture with one of the prettiest women in the world haha 🙂 But I figured no one would believe me if I didn’t.

The first day I was there, we went to my aunts birthday. I finally got to see my cousins again and my grandparents!! 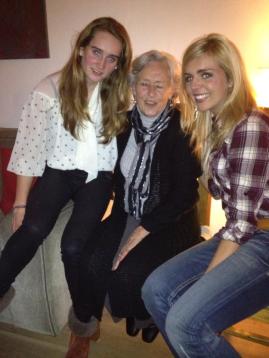 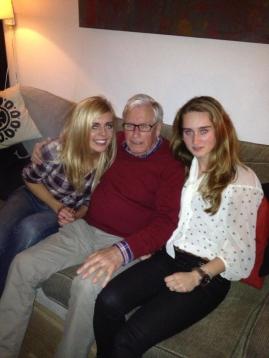 Since I’ve lived in west Texas for the past 3 years, it had been a while since I had seen some rain. The day after I got there it was drizzling so I went out for a run. 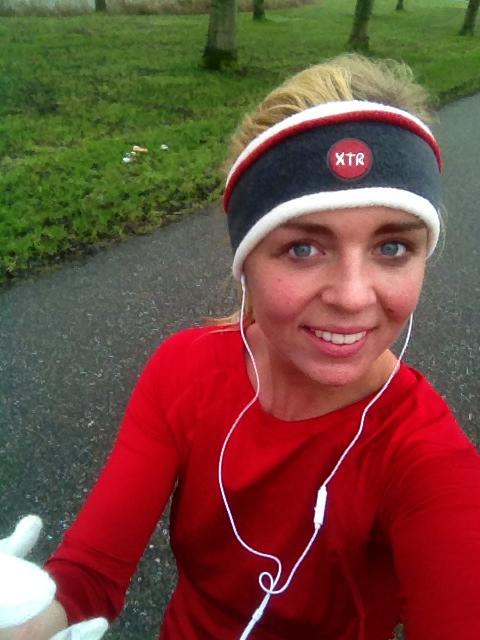 it felt so good to run in the clean air and to see green grass. I realized that I really had moved from one extreme to another. I kinda wanted to stay in shape for the time I was there so I did a couple of short runs. My parents even ran with me a couple times, that was a lot of fun.

The first time, my mom didn’t wanna go, so just me and my dad went running. Our plan was to go run 4 miles. My dad said that was no problem, even though he never runs haha. After about half a mile I saw my dad was getting pretty dang tired. So I pointed at an overpass and asked if he just wanted to run to that and then head back. He seemed pretty excited about that haha. We ended up still running 2 miles, which I thought was pretty good for my dad, since he never runs 🙂

after a few days we finally talked my mom into coming with us too. She didn’t want to, because she hadn’t ran in a few weeks. But she did so good too! we made this a little holiday tradition this year, since we went running every other day.

The first Saturday I was there, my sister, me and my cousins went out in Amsterdam. It was soooo much fun. We took the bus and walked to the club, I forgot that in Holland the sidewalks are all the little bricks.. I was smart enough to put on stilettos, so my shoes kept on getting stuck in there! It also rained, so our hair didn’t look the way it was supposed to when we got to the club. We danced all night to all kinds of music, they played a lot of old songs, dutch songs and also some american songs. I was surprised how many songs I didn’t know, since I hadn’t been there for so long. Going out in Texas, I always know the lyrics to pretty much every song haha. I had never been out with my sister before, and had no clue she was so freakin fun! She didn’t care what anybody thought and just danced her own way. 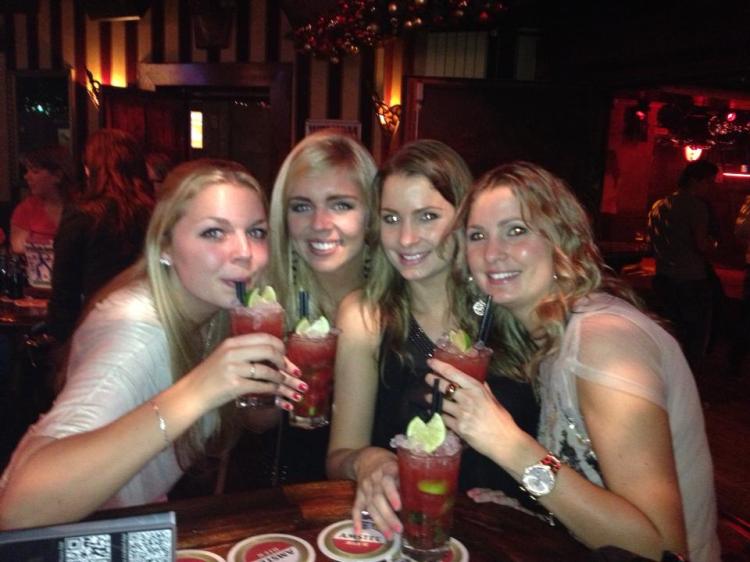 One of my cousins, Sabina and her boyfriend Stephan, Came up with a theme for the Christmas party we were gonna have at our house. They proposed that everyone would come dressed in something glitter, even the guys. They ordered us a buffett, so my mom wouldn’t have to cook. They also made a game where we were divided into 4 teams and had to compete with each other. We had to guess songs and spell dutch words correctly, that kinda stuff.. we got pretty competitive haha. 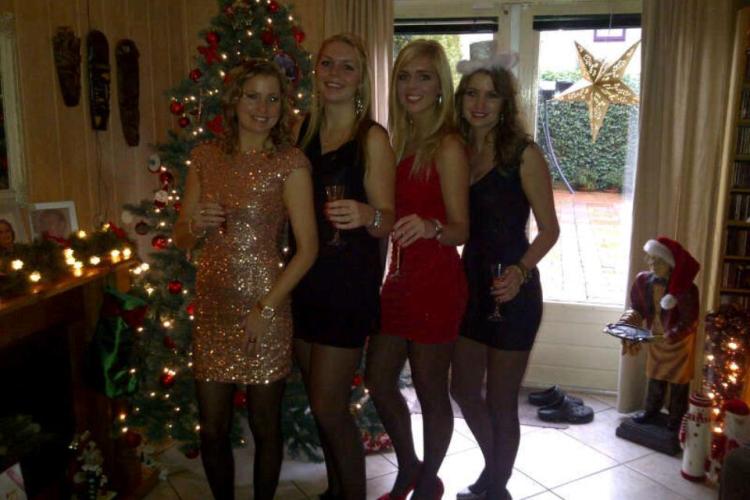 On 2nd christmas day (yes we have that in Holland) we went to my dad’s side of the family. We always have a real fancy meal with lots of wine. Its always so much fun. It’s a tradition in our family to do this every year on 2nd christmas day. So far I had only missed one.

On new years, me and my parents went to my aunt and uncles house. All night we sang songs and laughed, it was a blast. my uncle plays guitar so of course we played some songs together 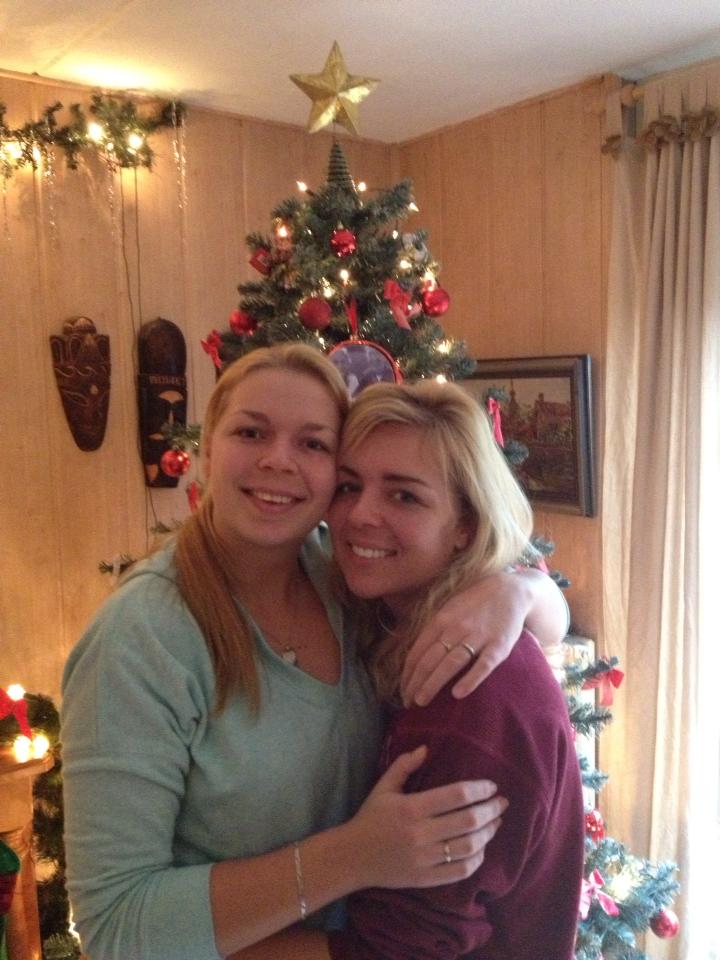 I’m glad that I got to spend a lot of time with my parents and my sister. Like my mom said, It felt like our family was complete again. It was very sad to leave, but my life is here in the states.. I just wish the plane tickets were cheaper so I could fly back n forth more often.

One thought on “Back to Holland after 2 years”