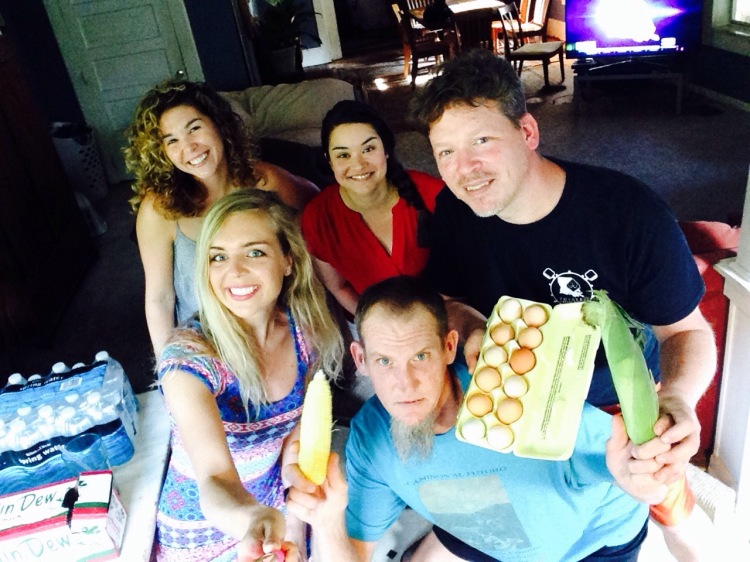 Our first week of shows in Baton Rouge has come to an end. We’ve had such an awesome time staying at the Serenity Cottage Bed and Breakfast. Brett and Darin really made us feel part of the family.

The town Slaughter has a lot of history in it, across from the bnb is a bank that has been robbed by Bonnie and Clyde in 1932. The owner of the bank, lived next door to the bnb and was one of the people that had been locked in the vault.

Our shows were very well received, big crowds and the kids seem to love us! After all the excitement I looked forward to my daily run and a little yoga 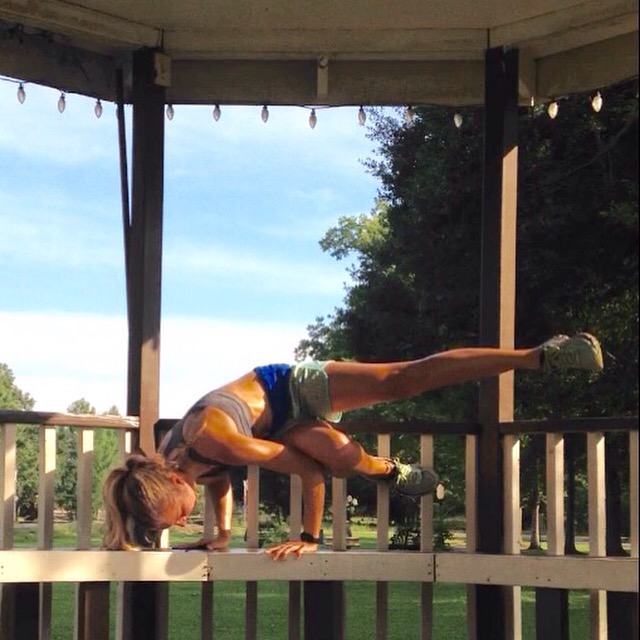 It was hot and humid outside, but I love it. Once I got back to the house Brett mentioned that he had found the video and audio material from the paranormal investigation that was held in their home a few years prior. I figured that my imagination is probably worse than the actual footage, so I decided to watch it. We curled up on the couch and started with the pictures. There were orbs in the pictures, big circles, but whatever.. that didn’t scare me.. Then we continued to the audio. It sounded just like a bunch of static to me, just like in the ghost documentaries where they try to desperately have some excitement in the episode. I was shocked to suddenly hear a voice coming through the static. It clearly said, “the devil did it,” after one of the investigators asked, “did you die here?” Tears filled my eyes immediately out fear, a weird reaction I always get when watching a scary movie, accompanied by goosebumps. The next audio clip had a voice say; “it’s not over,” not something you wanna hear when you still have to sleep. Scenes of scary movies went through my head and I could already picture figures in mirrors, and little girls playing clapping games.. But that didn’t stop of from wanting to see and hear more! We started watching videos. Orbs randomly moving front of the cameras, mainly in Brett and Darin’s bedroom, which was really freaking Darin out at this point, that was pretty funny. The best was saved for last. A camera had been set up to watch the stairs, where a previous owner of the home had committed suicide. He had put a tarp at the bottom of the stairs and then shot himself. With high anticipation we watched the video. A shadow emerged from the corner, a clearly formed shadow of a person, making its way up the stairs, then stopping and quickly making its way down. All of us screamed in horror watching this, could this be real? We tried to recreate the shadow, but couldn’t. How creepy! Natalie started taking pictures to see if we could catch a glimpse of something ourselves, still not being convinced any of this was real. We watched Natalie’s flash light up and saw an orb in the phone screen quickly making its way down, after which Natalie about crawled in my lap. We were all pretty freaked out and considered all camping in one room. But Darin brought in one of the chickens to lighten the mood. 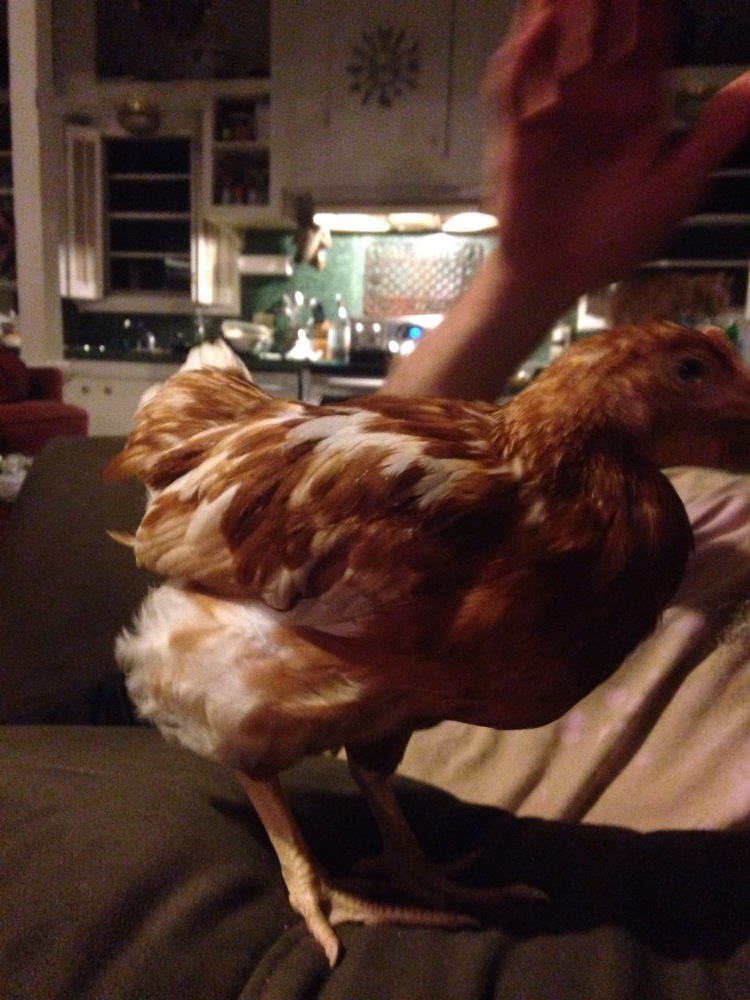 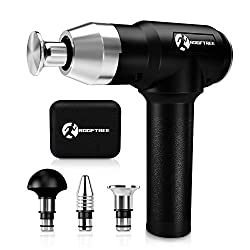